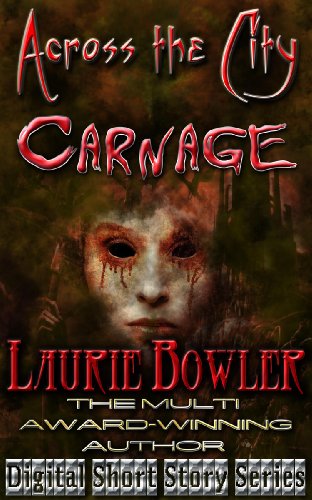 It looks like the building has been flattened by a frenzy of wrecking balls and then finished off with a team of bulldozers. Remarkably, however, battered but still standing are the doors marked Boys and Girls in the interior walls of the lavatories.

It was here that many of the survivors were shepherded by their teachers and saw out the tornado crouching in a protective position, even as the winds peeled back the roof above them as the full force of the storm passed a few feet overhead. Half a mile down the road, the junction of 19th St and Santa Fe resembles the scene from a war film.


Downed power lines have turned the streets and pavements into an obstacle course and overhead traffic signals hang precariously from a cable. The wreckage of homes litters a playground in Moore AP. It looks like a bomb went off in the car park of the strip mall. One shop is completely missing — it was the off-licence where the alcohol exploded in a spectacular inferno.

The tornado then spiralled off through a housing development known as Plaza Towers. In the middle of it was an elementary school where the biggest loss of life was suffered — seven young pupils killed as the building collapsed on them. It is this section of the community where the damage is absolute — whole neighbourhoods levelled. Trees are stripped to the bark, twisted and torn; cars are wrapped contortedly around walls; some homes are reduced to piles of stick; the facades of others have peeled off, revealing the contents of inner rooms like messy doll's houses; kitchen sinks sit in front gardens; warped garage doors rear out of the earth like modernist sculptures.

The area around the Plaza Towers school is still cordoned off by police. From here the tornado, now at its most potent, continued its inexorable march north-west towards the corner of 4th St and Telephone Road. A new 7-Eleven convenience corner sat on one corner, although it takes a mighty leap of imagination now to visualise that it was ever there, as all that remains are torn-up foundation slabs. It was here that four victims died as they sought shelter, including a young mother and her baby daughter who, in a final desperate act, tried to ride out the storm inside a refrigerated container.

Across the road, dozens of patients, medical staff and locals seeking shelter were huddled in the basement of the Moore Medical Centre. The tornado left the town's only hospital in ruins, but no injuries among those hiding there. The twister then jumped the I highway, destroying more homes, but its most lethal force expended. Surveying the damage on foot on Wednesday, it was remarkable that only 24 died in its path.

The best way to transfer money overseas. Terms and Conditions. Style Book. Weather Forecast. By Daily Mail Reporter. A young woman dressed in next to nothing lies prostrate on a soaking pavement, one of thousands of binge-drinking revellers who caused chaos on Britain's streets on 'Black Friday'. With just nine days until Christmas, hordes of party-goers ignored the driving rain and freezing conditions to pack out pubs, bars and clubs on festive parties, and many were so drunk they could barely stand.

In scenes of carnage repeated across the country, women stumbled in the middle of the road and yobs fought in and outside bars, while some thugs hurled rubbish at each other. Out for the count: Woman lies drunk on soaking pavement and is oblivious to the cold and rain. Oblivious: Women with flesh on display alone and leaning against a bin in Cardiff City Centre. Watch it: Woman left is hauled up from a tumble and these girls right look in high spirits. To prepare for what is traditionally one of the biggest weekends of the year, police and paramedics set up army-style field hospitals to treat the wounded and intoxicated.


All beds were taken by Paramedics in the major cities were stretched to the limit, with Newcastle's ambulance service taking up to 1, calls on Friday alone. In Cardiff, emergency nurse Wayne Parsons, 44, treated scores of people at a special mobile triage unit, some of whom had injured themselves by simply falling over blind drunk.

He said many people had been on all-day binge sessions which started at lunchtime and finished in the early hours of the morning. Booze Britain: A woman in Birmingham is so drunk she needs to be propped up by a man. Strong arm of the law: Police in Birmingham try to maintain order.

Some politicians believe higher prices would lessen the strain on pubic services. Call-centre worker Callum Davies, 22, summed up the attitude of many revelers, saying: 'We're out to get hammered and have a great night out - that's what this time of year is all about. Another one bites the dust: Girl is in a heap in Manchester left while a man is arrested.

In the gutter: Party-goer struggled to get up from the pavement as his friends look on.


Much of the carnage was fueled by cheap drinks deals, with dozens of bars offering discounted alcohol. In Newcastle, some men threw bin bags at passing traffic, while women stumbled around in bare feet. Police made scores of arrests in an attempt to bring the thuggery under control. In Birmingham, hundreds of officers were drafted in to maintain order. One man was so drunk, he narrowly avoided being hit by a car when he stumbled into the road and collapsed in the gutter. Help at hand: Another woman appears unable to carry her own weight in Birmingham.

Another man admitted having a 'scrap with a bloke' but brushed off the incident, saying: 'I've had six beers and 15 Sambucca shots. There's no harm done.

Sniffer dogs mingled with drinkers in Liverpool, with one man caught by one of the animals before being handcuffed and bundled into a van. Exposed: Woman sprawled on pavement in Liverpool as friend looks like she is preparing to vomit. Lovers' tiff? A woman looks distinctly unimpressed as a man puts his head in his hand on a bench in Liverpool. Indecent exposure: Woman bares backside left while another reveller seems unsteady in Liverpool. One security worker said: 'We always get more trouble at Christmas.

People go mental and girls are the worst. The views expressed in the contents above are those of our users and do not necessarily reflect the views of MailOnline.